It's been two years since my last visit, and there's been major progress in the street food business here in Seoul. I'm talking more than just spicy rice cakes and tornado fries. I was able to dabble with a few street treats in Myeongdong last night and this is what I learned... 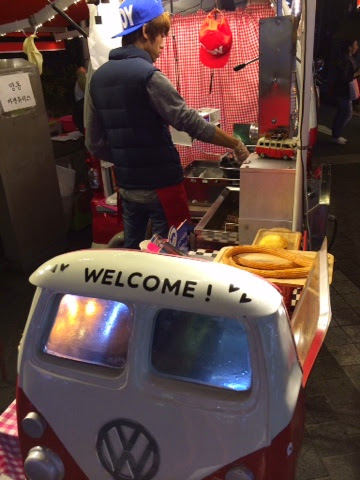 Churros. Or at least that's what it looked like to me. It's fried in tube form or stuffed with ice cream (i.e. Fried ice cream). This one I didn't try because I knew the road ahead was much tastier than that and I had a savory snack in mind first. 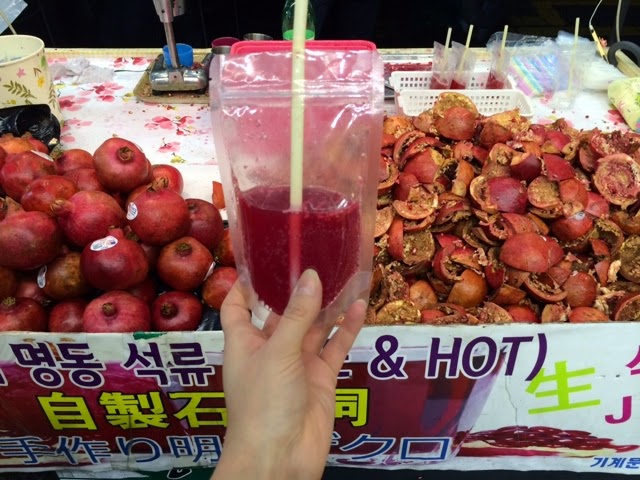 Okay, I said I wanted something savory but I couldn't pass up the fresh pomegranate juice. It was mixed with ginger ale to cut the tang I assume. It was sweet and tangy with a little fizz. Delicious. 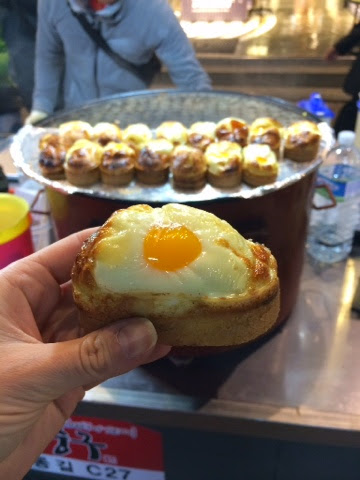 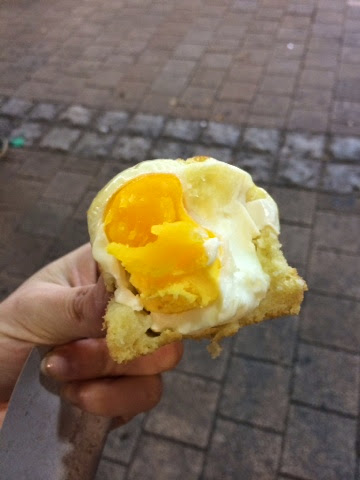 I basically came to Seoul for this. The egg toast. Baked right there in that street oven, it's an egg baked in some kind of sweet bread. It tasted like cornbread to me. It was piping-hot, sweet-and-savory heaven. If I could change anything it would be for the yolk to be runny. 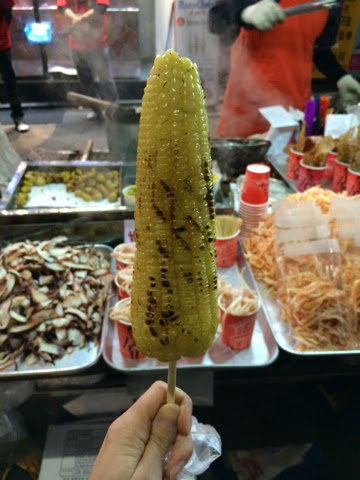 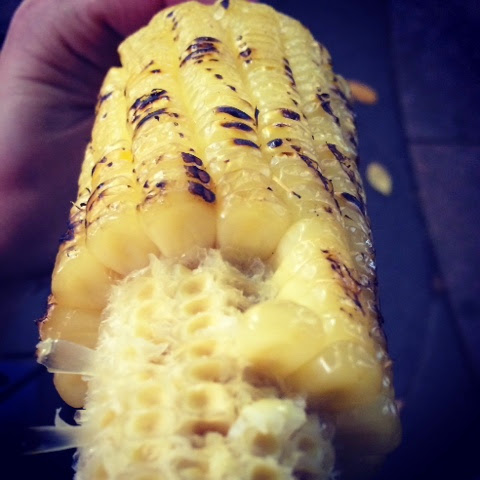 This corn. It's magical corn. I don't know what the Koreans are doing but this corn looks straight out of a cartoon. It's the Giselle of corn. Not only does it look good but it has a great personality. With each kernel seemingly on steroids, the taste is suspiciously buttery and sweet without the slick butter residue on your lips and face afterwards. Because there IS NO BUTTER! This is the natural flavor. And guess what else? Each kernel pops out without a fight, leaving nothing stuck between your teeth. No floss required here. Again, magical corn. 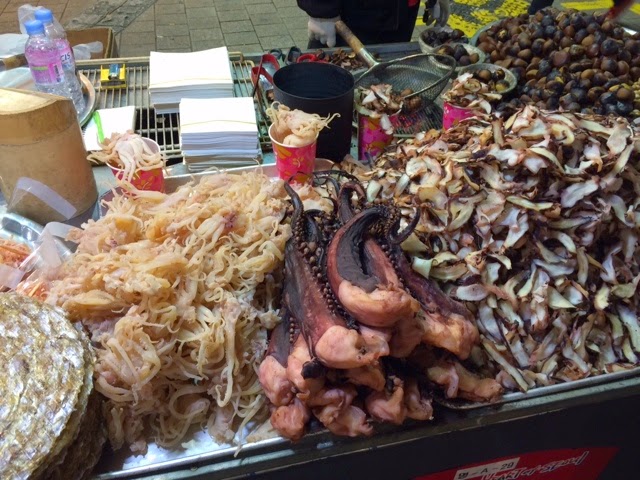 "I'll have the octopus tentacles with a side of chestnuts!" Said no one ever. They are big on fish chips and octopus jerky here. Maybe chestnuts are in season. Maybe it goes well together. Or maybe it lures in the tourists like myself? Regardless, I passed this time. 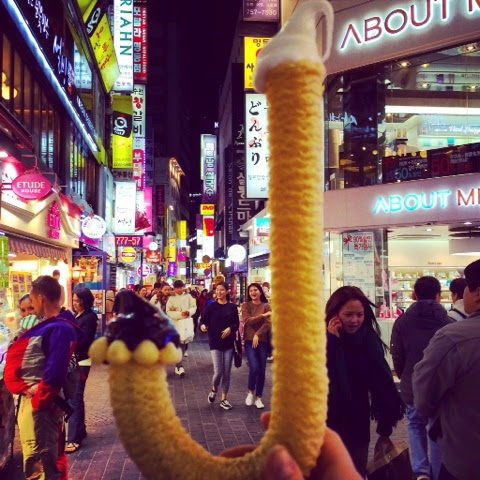 I never leave without dessert. This ice cream cone is stuffed from both ends with dark rich chocolate and creamy vanilla. I realize I look like a complete idiot in the street eating drippy ice cream from both ends of this suspicious tube, but for me it was symbolic. "J" for Jack Of All Travels. "J" for jeans are tight. "J" for one jacked up looking ice cream cone.

Posted by JackOfAllTravels at 4:51 PM No comments: