Mall of Dubai - A Lebanese Dinner

We ended up at the Mall of Dubai for dinner because we found that in Dubai, mall hopping isn't just a thing for teenage hipsters who sit and mingle in annoying groups in front of the stores they aren't shopping in. I had to erase the idea of Roosevelt Field Mall on Long Island and accept a whole new 'mall culture' in Dubai.
Lebanese food was for dinner. It came dangerously close to being robbed of my short international cultural experience, but I lucked out that the Cheesecake Factory had a 45 minute wait. That's another story! We ate outside at Burj Al Hamam with a view of worlds tallest building, the Burj Khalifa. We ate various appetizers of hummus, babaganoush, and salad with toasted pita chips. Entrees included falafel, kebabs, rice, and a lot of crispy homemade pita bread.
The mall had so many options for restaurants, shopping, and entertainment. Aside from the typical mall stuff, there was a movie theater, medical center, aquarium even an ice skating rink. By night time the families came out and the mall became crowded. In the UAE, nighttime is when everyone comes out, especially the kids. As for me, it's off to the airport. Goodbye Dubai! 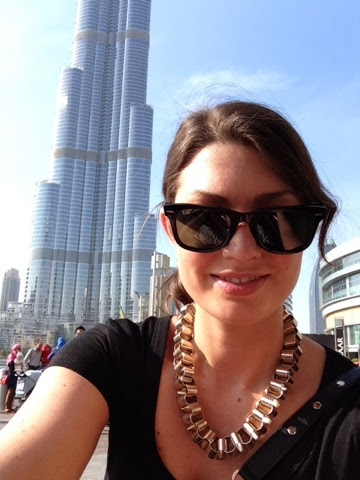 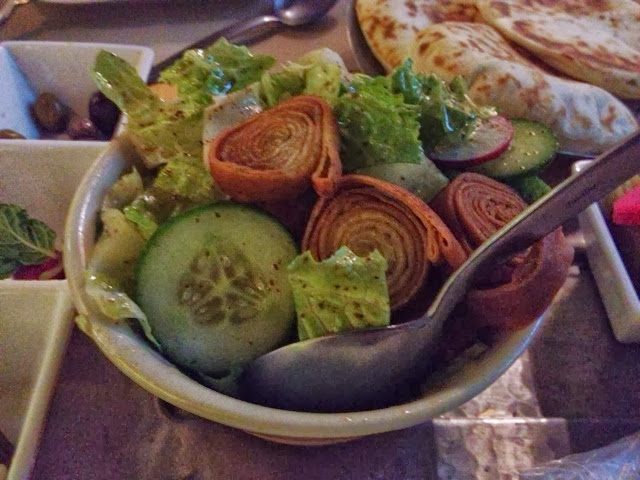 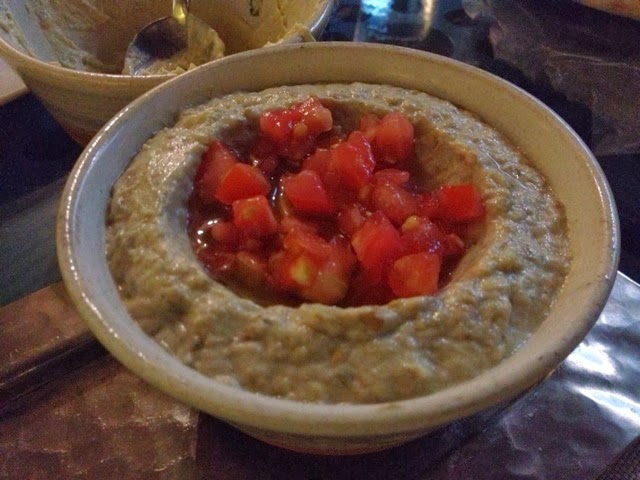 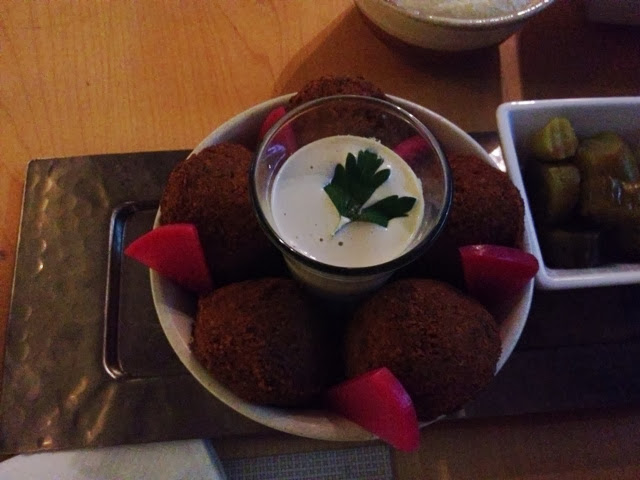 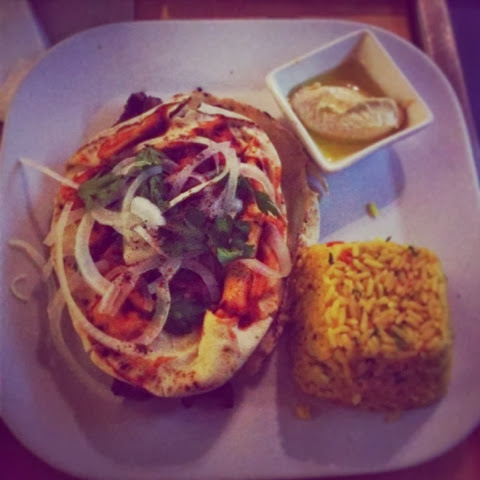 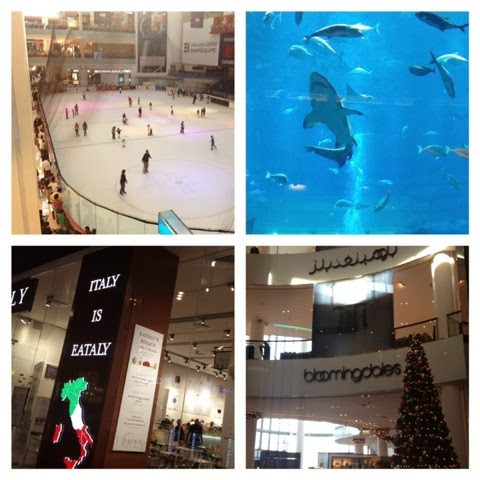 Posted by JackOfAllTravels at 11:36 AM