I landed in Dubai and got picked up to go immediately to Abu Dhabi, which is approximately an hour and 15 minutes drive away. The first culture shock of the trip was the driving. It was apparent that speeding was not only acceptable, but it was a way of life. The 8-lane highway afforded plenty of space on the road but if you have a car behind you creeping up, you better get out of the way fast before they get aggressive. The driving was stop-and-go despite the lack of cars on the road. My driver slammed on the breaks every so often, then he'd hit the gas after. By the end of the trip, I discovered that the people of United Arab Emirates do this on purpose to avoid getting tickets by speeding sensors. I was very grateful to have an empty stomach at this moment, but it wasn't long before I fill myself with a big middle eastern dinner....
The name of the restaurant was Hatam. Located in the Marina Mall, we sat in balcony seating at this Iranian restaurant. We started with a few orders of hummus and Iranian bread. The waiter brought over a plate of raw veggies and cheese to wrap in the bread with hummus. The greens were delicious. The salads were simple yet mind blowing with toasted pita chips and a sweet vinaigrette. The rice came with dried berries, it was flavorful and aromatic. For my entree, I had the kebab trio with fish, lamb, and chicken. I ignored the french fries on my plate because, well, this is Abu Dhabi not McDonald's!!!!
Let's not forget, this is a dry country so water was my cocktail of choice. It's amazing how much money you save on a dinner bill when you don't order drinks! This opened my eyes to a new way of living that I could bring back to the states with me. But I won't.
As we were exiting the restaurant I noticed the booths were very private with curtains that can be drawn to conceal guests. The purpose of this is to allow the local women in full burkas to expose their faces while eating without men and other patrons seeing them.
This was my first experience in Abu Dhabi and already it's quite another world. I think I'll be back! 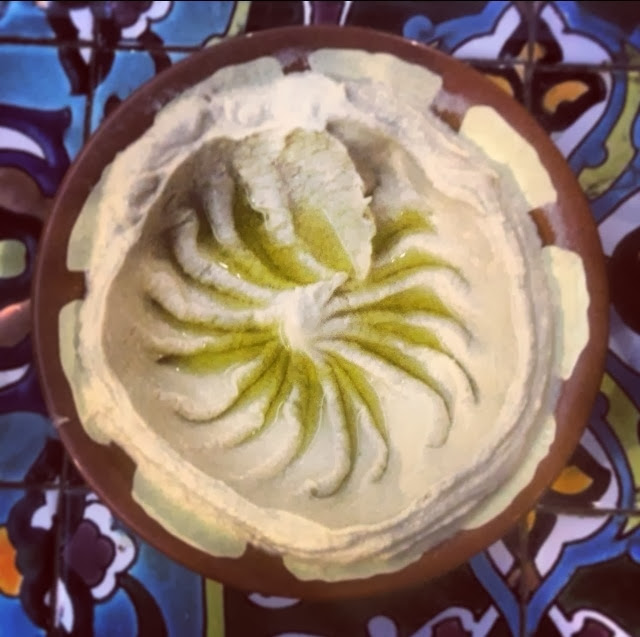 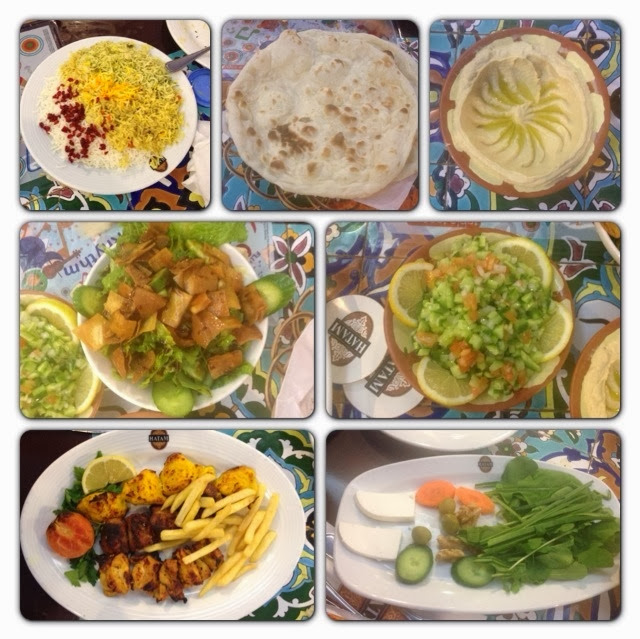 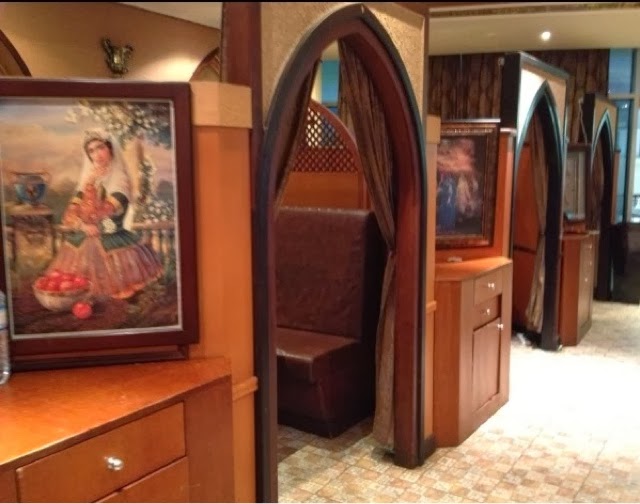 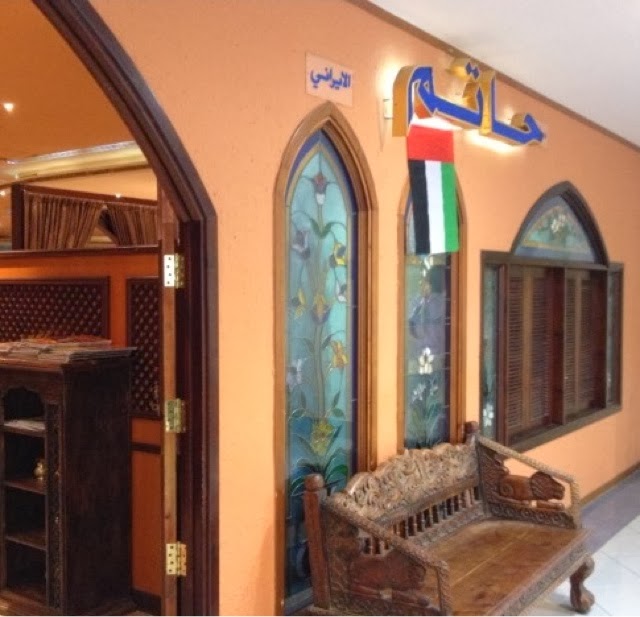 Posted by JackOfAllTravels at 10:59 AM No comments: