Maybe summer is not the ideal time of year to enjoy fondue, but I found myself in Zürich in July so I am going to have piping hot fondue regardless of the heat outside.

We heard that the tiny restaurant, Raclette Stube, was this towns best choice for hot cheese but it also had a catch. Prostitutes roaming in broad daylight on the prowl for fresh meat. A guard monitoring vehicle traffic entering Zähringerstrasse was screening for potential clients. Don't nobody like whores and cheese mixed together, that's gross. But we went forward with it anyway.

With a slight smell of stinky feet growing stronger, I knew the raclette cheese was upon us. The waitress brought over individual plates, bare of everything but melted cheese with burnt edges. We were instructed to sprinkle it with pepper and paprika. A plate with pickles, onions, baby corn, and potatoes was given to us to accompany the raclette. I've never heard of this pairing but it seemed to work, as I went through 3 plates of all-you-can-eat cheese (keep in mind, this is just the appetizer).

The next course was fondue. A bubbling bowl of yellow gooeyness came with plenty of bread for dipping. All that was left in the end was some burnt cheese residue. Our waitress took the fondue fork and began twisting and turning until the burnt cheese was scraped off into an edible cheese disc. She described it as being the best part of the meal, and it was my duty to test the theory. AFFIRMATIVE.

RECAP
DO: Eat fondue!
DON'T: Be a prostitute. At least not during the day around food establishments. 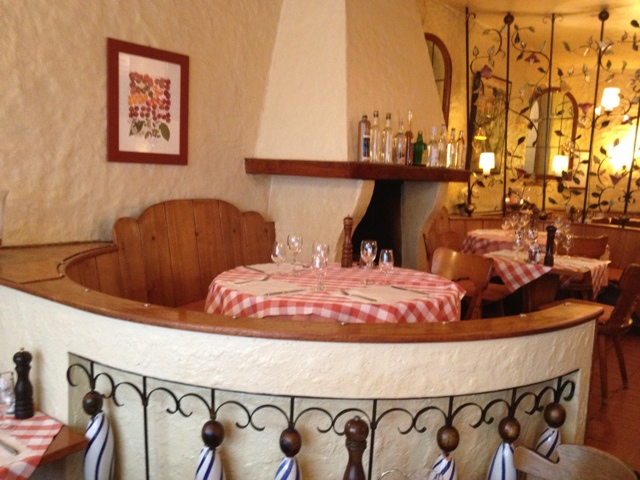 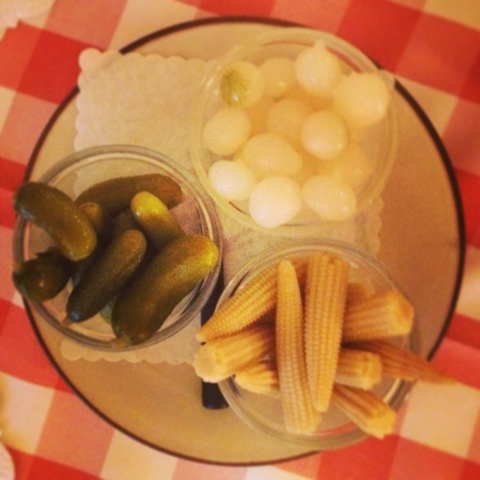 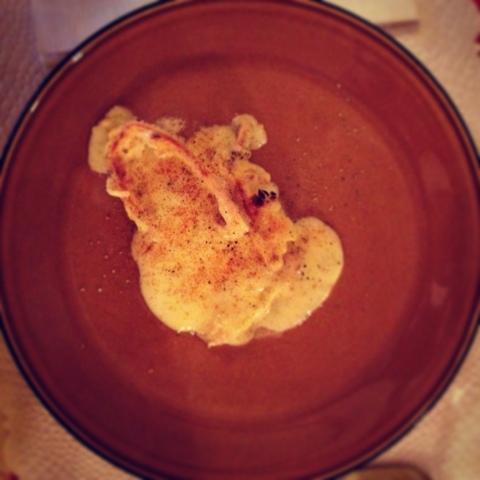 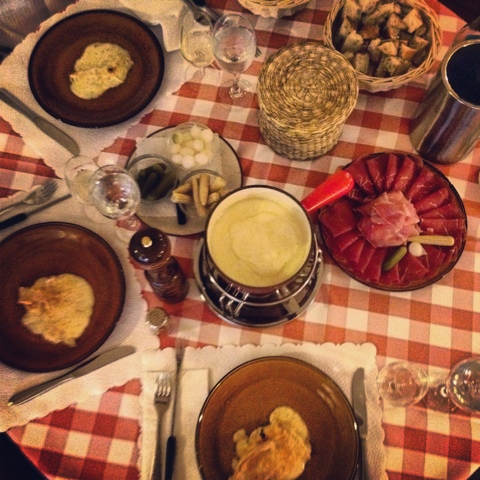 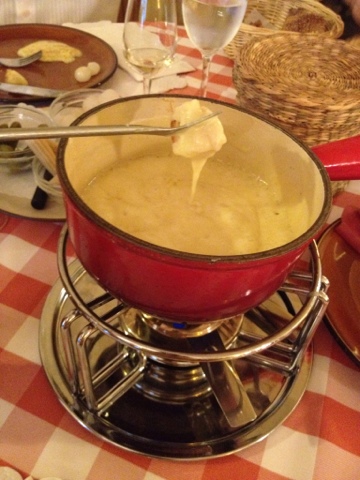 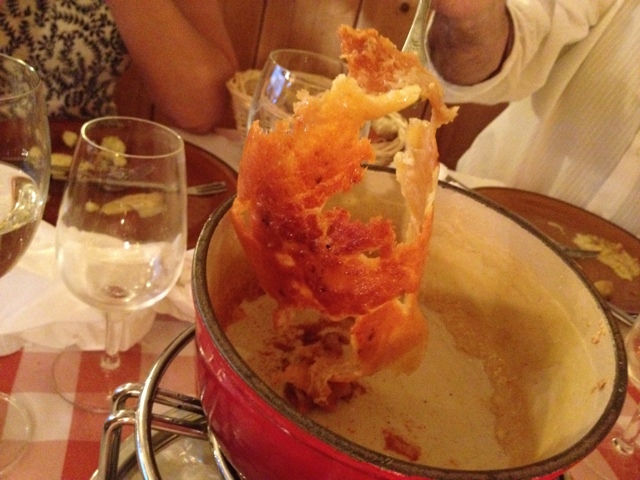 Posted by JackOfAllTravels at 3:56 PM