Zürich surprised me with a variety of street food I wasn't expecting. But then again, with Switzerland being surrounded by France, Germany, and Italy, I should've expected a little culinary genius brewing.

I stopped at a little yellow awning that read "Metzgerei Zgraggen". I didn't need to understand German, because the giant hanging sausage on the window told me that this was a necessary pit stop. In the display there were hot pretzels, fresh sandwiches, and a grill with sausages. Other fatty foods for sale included fried eggplant, potato salad, and loaves of meat wrapped in bacon with melted cheese.

The bratwurst was calling for me. It was the perfect on-the-go snack right before a rich fondue dinner (for those of us looking for a quick artery clogger). The fried eggplant was also good, a bit too greasy but at this point I wasn't going to act like I was counting calories.

Although Zürich can be a very expensive city, I could survive off touring the city on foot and making frequent pit stops at these reasonably priced street food joints. 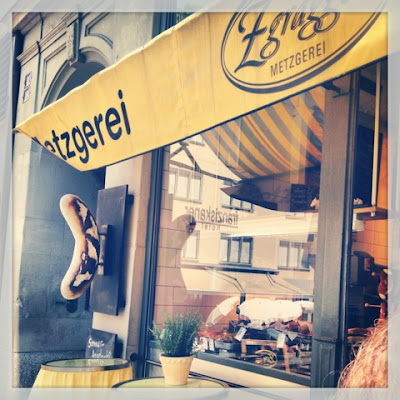 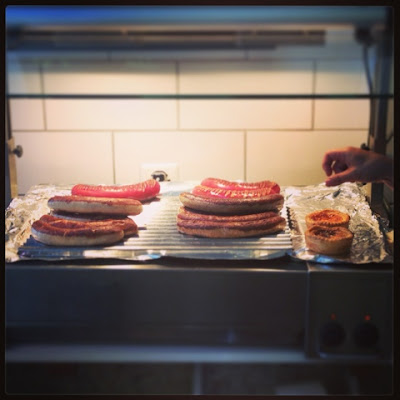 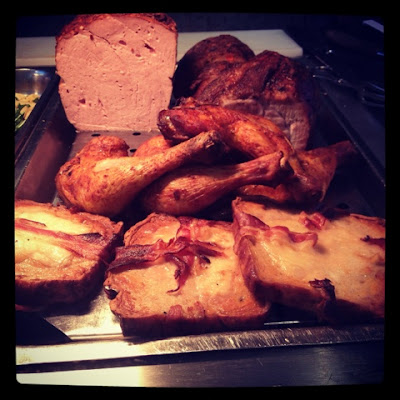 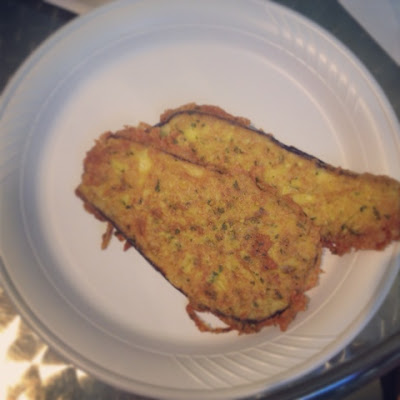 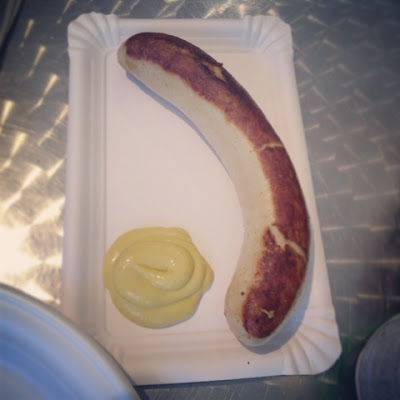 Posted by JackOfAllTravels at 12:18 PM