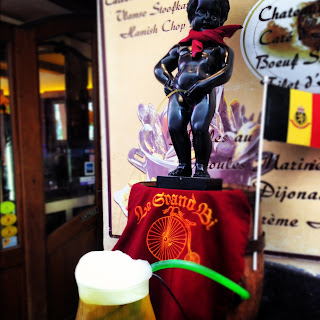 I came with a mission. As it is obvious, my motive for travel is food. And it just so happens that Brussels is known for a few key items. I only had 24 hours to hit up some mussels, waffles, chocolate, and fries. As my quest begins, I can’t help but feel like I’m on the Amazing Race… another dream of mine!


After checking into our hotel, we stroll around the Grand Place in search of lunch. We browse through the narrow back streets filled with endless restaurants, and settle on one with patio seating and a list of specials displayed for €10. Once seated, we were given menus with entrees overpriced at €25-35 each. Our waiter attempts to take our order several times and each time we are unsure, so he reluctantly gives us a list of specials and pre fixes.  Finally, we are given the €10 specials! For €10 I had a beer with a pot of mussels and fries. Though I was more than happy with the deal, I was not happy with the service. In addition to ordering one plate of garlic bread and receiving five instead, we were given the punishment of record-breaking slow service for ordering off the tourist menu. But we did, after all, choose a restaurant in the Times Square of Brussels. What did we expect? 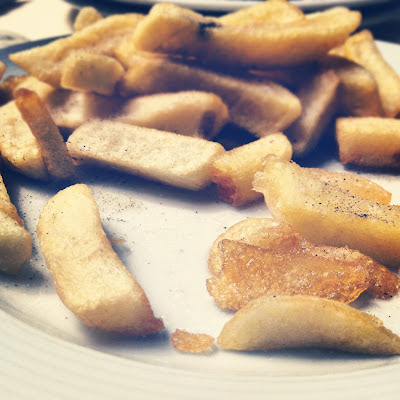 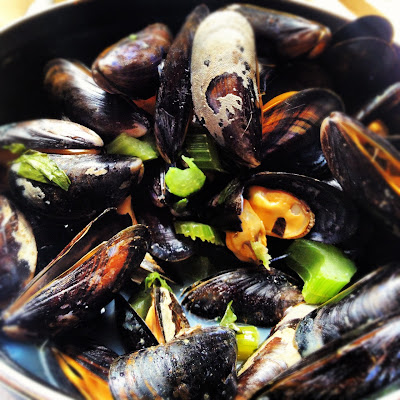 During the first half of the day there was off and on rain. What better reason to stop for a Belgian beer? We popped into a bar near the Grand Place and I had Chimay blue served in a goblet, just as I like! The rest of our day is spent touring the city by foot, going in and out of chocolate shops, and a stopping for a photo-op at the Atomium. 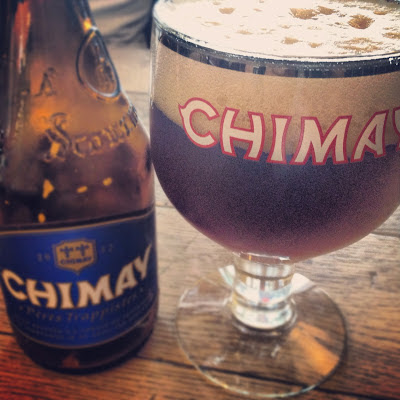 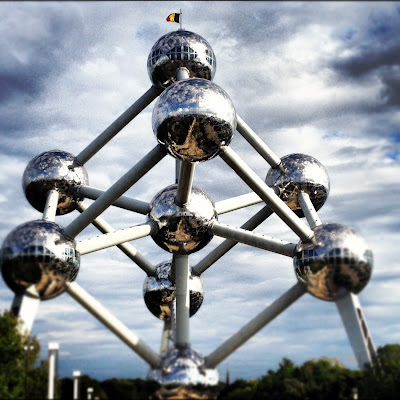 As day turned to night, we still needed to fulfill two more cravings. We stopped for Belgian fries at a traditional frites shop. They were twice fried, sprinkled with salt, and served in a cone with the sauce of your choosing on piled on top. We chose curry ketchup and spicy American sauce from the extensive list on the wall. No sooner we dogged the fries, we were next door for Belgian waffles. They were freshly made and topped with nutella, whipped cream, bananas, and strawberries. The utensil situation wasn’t ideal, as the fork doubled as a knife for righty’s. Us lefty’s were left tearing it apart with a fork and finger like savages. Nutella dripping everywhere. Nutella massacre. You get the visual.

Needless to say, that was our dinner in Brussels and it was fulfilling. I have achieved all my Belgian food goals and I’m ready to move on to the next city…. 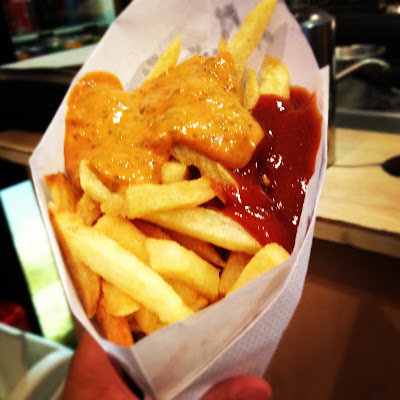 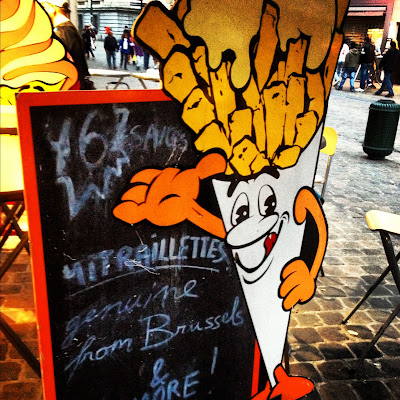 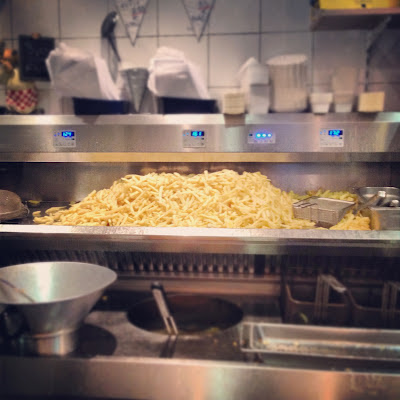 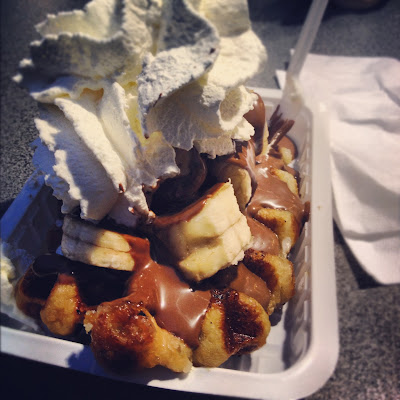 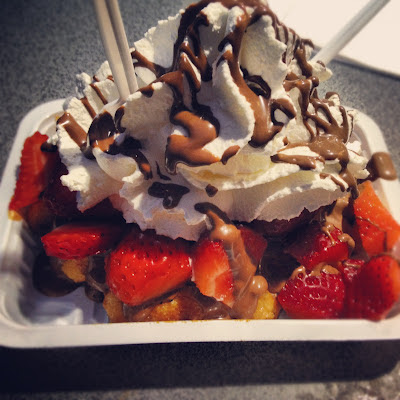 Posted by JackOfAllTravels at 7:00 PM