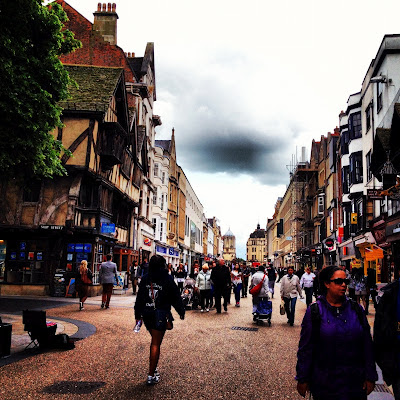 DISCLAIMER: 5 pubs in 24 hours. Don’t judge me.
With only 24 hours in Oxford, and each hour shamelessly providing buckets of rainfall, we did exactly what was in the cards for us. A pub crawl, of course. Visiting my cousin Kristen, who is studying at Oxford University, was a great decision. The Queen’s Diamond Jubilee is in full swing this weekend, and to pay our respect, we celebrated with every limited edition “Jubilee Brew” we found. Seeing as Oxford University is the second oldest university in the world, we knew that paying a visit would provide us with immense knowledge of this quaint historical town. 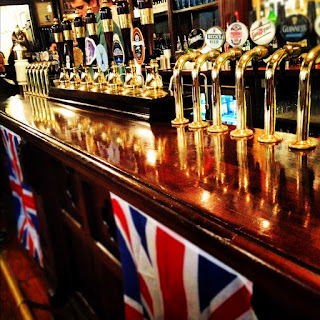 First stop, pub fare at Nicholson’s The Crown in the heart of Oxford. The Crown has been around for almost three centuries, centrally located on the popular Cornmarket Street. We quickly learned that Shakespeare frequented this pub whenever visiting Oxford, therefore, it became our first stop of the day. British flags decorated the interior, as we will soon find to be a trend during the Diamond Jubilee weekend. With several beers on tap and even more bottled, I took time to study the menu. Being as indecisive as I am, I asked the bartender for a recommendation. Something local. Suffolk Blonde Premium English Lager it is! Lightly carbonated, cold, and refreshing. Later I tried one of the many ciders that I've never heard of before. I chose Magner's Spiced Apple & Honey, and it was delicious! The tomato soup with focaccia bread was belly warming on such a damp afternoon, and the shepherd’s pie with minced lamb had the same effect. 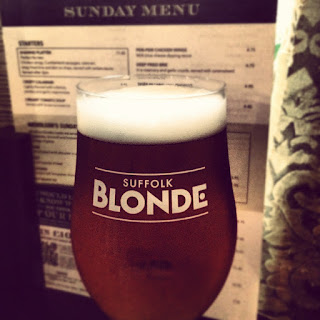 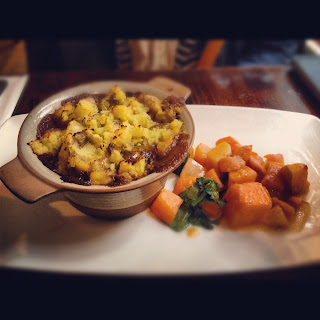 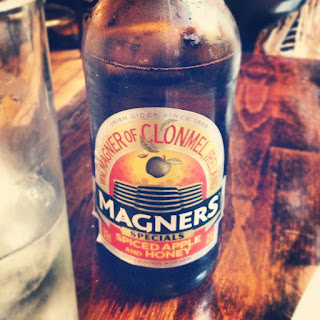 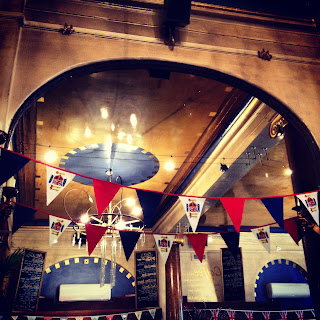 By this time of day, we are ready for high tea at The Grand Cafe. Famous for it’s intimate interior and vast student following, even Chelsea Clinton paid a visit with her dad Bill while studying at Oxford. We splurge on The Grand High Tea for £16.50 per person and out comes a three-tiered platter with tea sandwiches (smoked salmon with cream cheese and egg mayonnaise), scones with jam and clotted cream, handmade chocolate truffles, and champagne. I chose English Breakfast tea from the extensive selection, and sipped in between snacks. The Queen would be proud. I already achieved most of my English food and drink goals for the trip, and it hasn’t even hit 4PM. 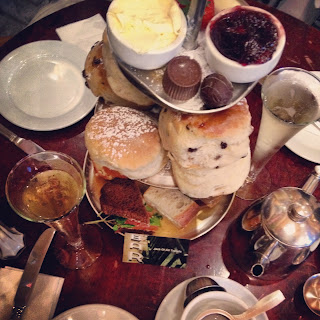 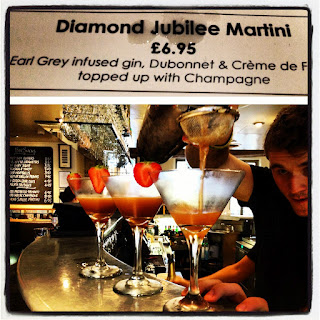 As we stroll down the street in torrential downpour, we see a lovely restaurant in the Old Bank Hotel. We peer in the window of Quod Brasserie and notice a jazz band setting up. ‘Why not?’ we say, and head inside. Diamond Jubilee Martinis all around! The bartender explains the contents of the drink as, ‘everything the Queen likes to drink, in one glass’. It was rough. Don’t be fooled by the reddish color and the strawberry garnish, this was more of a manly drink but we conquered it with pride and moved onward! 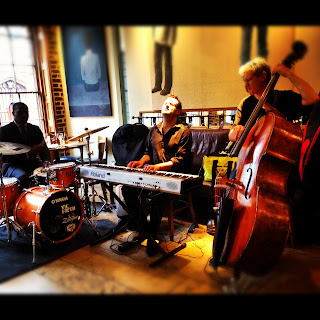 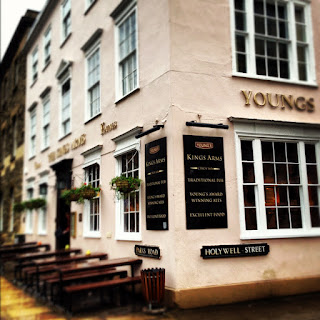 A few blocks more and we are at Kings Arms. Another pub festively decorated with flags for the Diamond Jubilee. Also part of the décor is framed photos of the Queen over the years, and hundreds of beer labels covering the remaining available space. Needless to say, I got a pint of Young’s Jubilee Ale. The bartender explains that it’s a special brew made up of all the leftover beer from the night before. I decide to register the comment as a joke. Clearly, I’m feeling the affects of alcohol, and my common sense is diminishing. 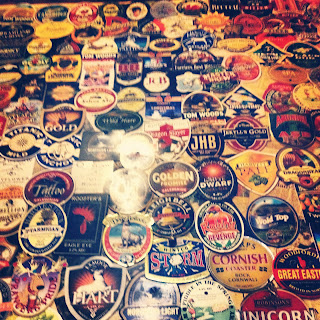 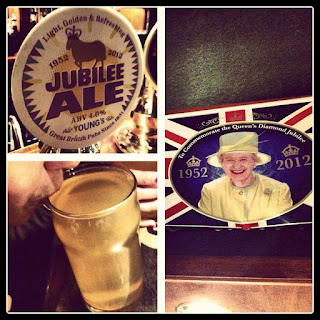 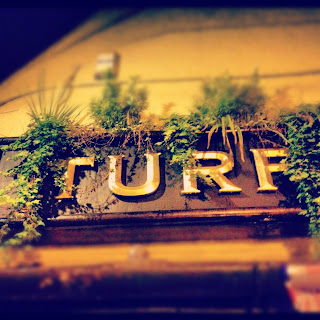 After a few hours of mingling with a bunch of cool study abroad Oxford students, we make our final stop of the evening at Turf Tavern. Our friends directed us to this hidden gem. With low ceilings and multiple cozy rooms, this pub kind of felt like being in a living room. Right at home is exactly how we felt. If it weren’t pouring rain we would have utilized the beer garden out back. Instead, we huddle up in a booth and ordered a pitcher of Pimm’s. What is Pimm’s? From what I understand, it is a gin based drink with spice and citrus flavors that’s mixed with ginger ale. It was strange and unfamiliar, but by this part of the night, it was welcomed. 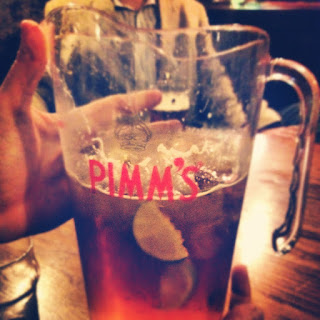 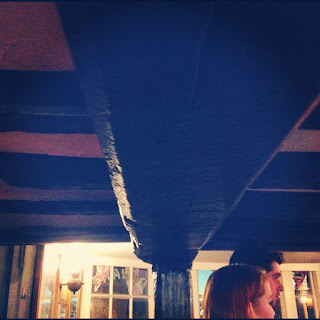 Posted by JackOfAllTravels at 3:58 PM