24 Hours in London: Concert for the Queen 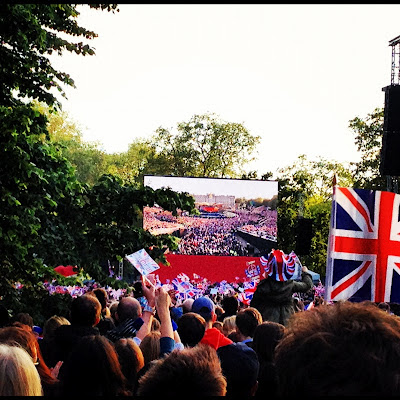 After a short trip to Oxford, we made our way to London to finish the Diamond Jubilee weekend. The star-studded concert for the Queen was televised live at St. James Park, so we went to check out the festivities.


We show up at 6:30, a half hour before it starts, and the first thing I notice is the overwhelming pride for their country with thousands of British flags waving in the air. Masks of the Queen, Prince William, and the new Duchess of Cambridge, Kate, are selling fast at the souvenir shop. Picnic blankets are sprawled out over several acres of the park by people who claimed their space early on. With picnics come booze, and it’s clearly flowing. 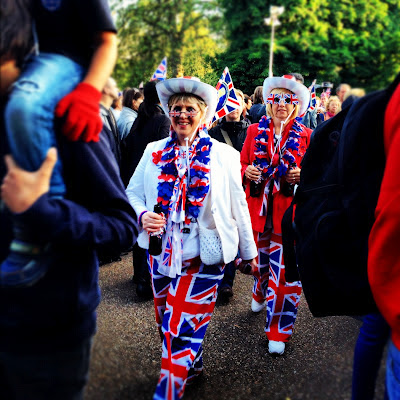 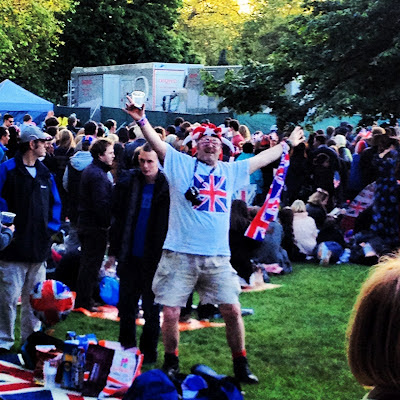 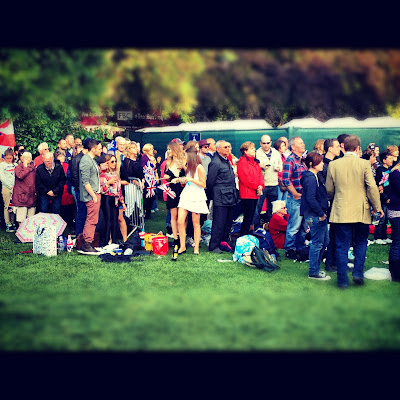 In my neck of the woods, public drinking + free concert = inevitable fights/belligerent behavior. So right now I am pleasantly surprised at how peaceful and unified the crowd is, all ages joined together in a wholesome celebration of their Queen’s milestone. I didn’t stick around until the end to see if they kept it wholesome, but I’m glad to keep my thoughts of London pure.


As 7PM inches near, the enormous screens throughout the park flash a shot of Prince Harry in the audience at the concert, and all the girls in St. James Park go wild. It’s time for us to settle in, so we buy a Diamond Jubilee edition of the British flag, and wave it proud with the rest of the crowd. I make my way to a pack of food trucks lined up behind us, and decide that it’s time for a snack. I go for the most English sounding option, Salt & Vinegar. I got a plate of chicken and chips, sprinkled with some malt vinegar and salt. Yes, I should’ve tried the fish, but I still can’t get a taste for fried filet of mystery. Next time! On that note, the show begins. 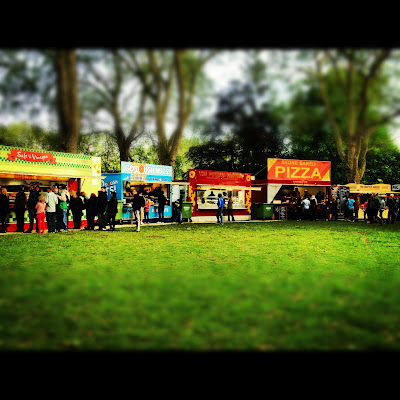 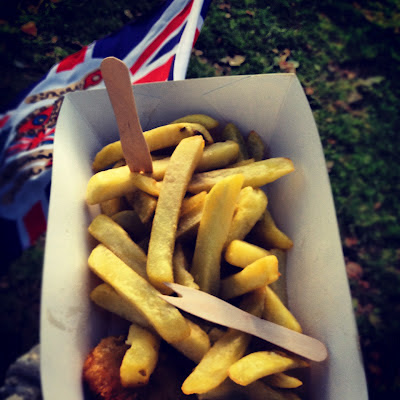 Performances by Robbie Williams, Will.I.Am, Elton John, Grace Jones, and Paul McCartney are amplified through the park. It’s certainly an unforgettable show. The crowd at St. James Park starts to swell, and we make our way to Green Man pub on Euston Road for some shepherd’s pie and a beer. This is our final stop of the night, and we watched the final scenes of the concert play out on the TV’s around the pub. 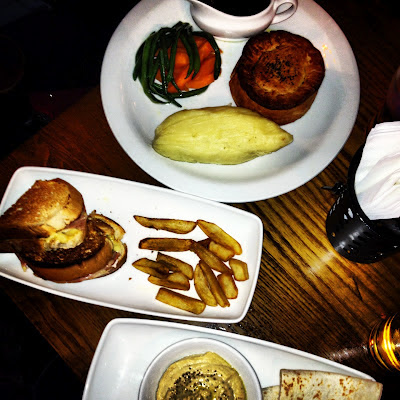 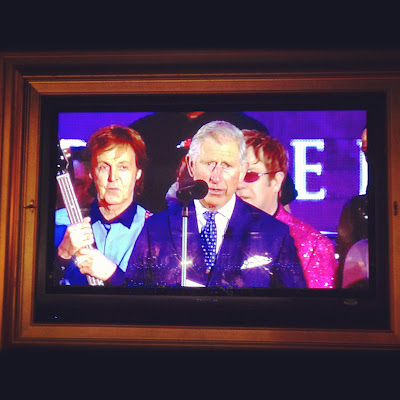 Posted by JackOfAllTravels at 7:25 AM